At the annual general meeting in August 1991 Cdr Rowland reported that the Naval Board had approved the awarding of the trophy by NOASA, and suggested that the award be for Bridge Watchkeeping Proficiency. The then C Navy intended that the trophy be a Premier Award to the naval officer who had proved to be the most proficient bridge watch keeping officer in service that year. The trophy would be retained for a year by the ship or shore establishment in which the officer was serving at the time. 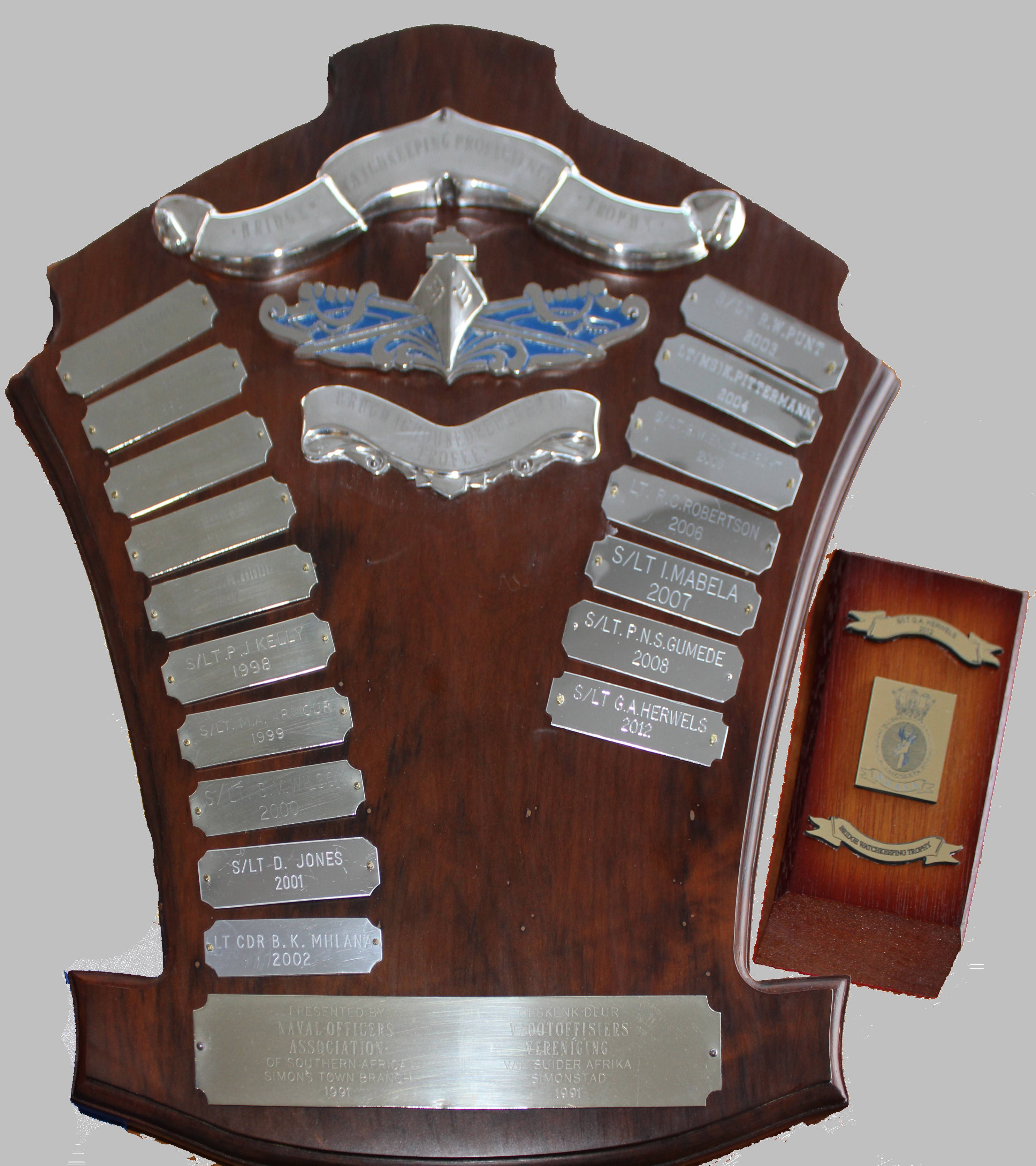 The Bridge Watchkeeping Proficiency Trofee has been awarded to:

HMS CALCUTTA, a Cape Town class cruiser, serving on the South Atlantic Station in Simon’s Town presented the above named trophy in 1931 for a shooting competition for ships serving on the station. According to the tallies on the trophy it was competed for and won as follows:

The cup remained on the station and eventually ended up in the trophy cases of the Senior British Naval Officer South Africa (SBNOSA). It was presented to the Chairman of Naval Officers’ Association of Southern Africa (NOASA), Cape Town, by SBNOSA Commodore A.F.C. Wemyss OBE on the closing down of his offices at Youngsfield on Wednesday 11 February 1976. The Cape Town and Simon’s Town Branches of the NOASA amalgamated on the 29th August 1997 and became known as the Naval Officers’ Association of Southern Africa, Simon’s Town.

During May of 1999 Vice Admiral G. Syndercombe SSA, SD, SOE, SM, the retired Chief of the SA Navy, suggested that the trophy be offered to the SAN in order to revive competition between the officers of ships at Simon’s Town and to perpetuate the tradition.

In July of that year this was accepted by the SA Navy. Flag Officer Fleet, who tasked Flag Officer Commanding to organise the event. The first competition, between officers of sea going ships, took place at Klawer Rifle Range on Friday 31st March 2000. The first ship to win this competition in its new revised form was SAS DRAKENSBERG. The competition was held each year and was eventually written into the Navy ops programme.

In 2008 the competition failed to materialise, and has been dormant since then.